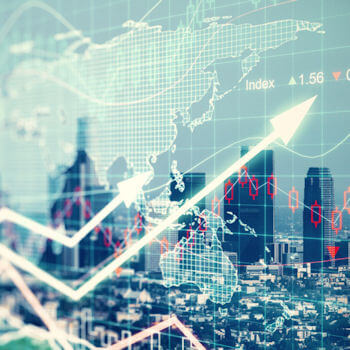 Economics is the social science that studies the production, distribution, and consumption of goods and services.

Economics focuses on the behaviour and interactions of economic agents and how economies work. Microeconomics analyzes basic elements in the economy, including individual agents and markets, their interactions, and the outcomes of interactions. Individual agents may include, for example, households, firms, buyers, and sellers. Macroeconomics analyzes the entire economy (meaning aggregated production, consumption, saving, and investment) and issues affecting it, including unemployment of resources (labour, capital, and land), inflation, economic growth, and the public policies that address these issues (monetary, fiscal, and other policies).

Economic analysis can be applied throughout society, in business, finance, health care, and government. Economic analysis is sometimes also applied to such diverse subjects as crime, education, the family, law, politics, religion, social institutions, war, science, and the environment.