How to Get Over the Death of a Fictional Character 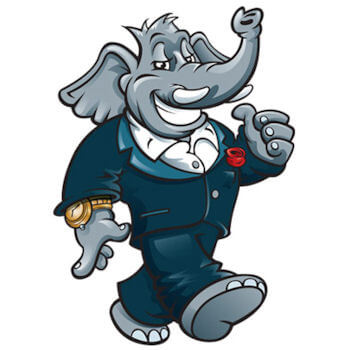 The death of a fictional character can feel shockingly upsetting and real. Even though the character isn’t a real person, you still can feel incredibly close to them. When your favorite character dies, it’s normal to go through a process of sadness and reconciliation. There are several ways that you can celebrate this character after their death and start feeling better.

1. Cry as much as you want. Don’t think that just because the character is fictional, it’s silly to cry. People can go through a similar mourning process for fictional characters as they do for real people in their life, though it may be less extreme. Know that you are completely justified in your sadness and don’t try to suppress feelings of grief.

2. Allow yourself to feel angry. You might be angry that your character has died. Sometimes character deaths come out of the blue and may seem completely unnecessary. You may be furious at the author, or at another character who may have caused their death. Let yourself feel these emotions and express them in a healthy way.

Exercise as a way to let out your anger. Even taking a brisk walk to clear your head can help.

3. Write a letter to your character. Sometimes we feel extreme grief over the loss of a character because we don’t have the opportunity to tell them how important they are to us. Writing a letter to your favorite fictional character is a way to feel that you have directly expressed to them your love and your sadness over their death.

You may feel silly at first writing to a fictional character. But writing is proven to be very therapeutic, especially when you write directly to someone and express your feelings.

4. Give yourself time. Don’t expect to feel better immediately. Grief is a process that takes different amounts of time for everyone. Especially if this death came out of the blue, it can take a while to feel stable and better. Whenever you catch yourself thinking that you should be over the death, remember that there is no correct timetable to get over your sadness.

5. Practice self-care. Pamper yourself a little bit as you are grieving for this character. This is an important way of acknowledging to yourself that you are going through a difficult time. Do one thing a day, whether it be eating your favorite food or sleeping in a little, to give yourself a little boost.

6. Don’t judge yourself. At one point or another, everyone has felt the loss of a fictional character. Just because they are not real, that does not mean you don’t form attachments to them. In fact, being sad at a character’s death is human and it shows that you have a big capacity for empathy.

7. Talk to friends. If you have friends who have read the book or watched the movie or series with your character, talk to them about how sad you are. An important step in getting over grief is to express it. People who are close to you are a great resource because they love and understand you.

8. Find fans online. Sometimes it’s helpful to find people outside your circle who were also affected by the character’s death. It’s been proven that belonging to fan communities can provide you strong emotional support. Talking to fellow fans will help you get your emotions out of your system and make you feel like you aren’t alone in feeling upset or sad.

Engage with other fans on official or fan websites. Many of these have discussion boards where you can talk about the death of your character.

Be careful about what information you give about yourself. Don’t give out personal information like your phone number. Consider using a pseudonym when talking with other fans.

1. Reread or re-watch your favorite scenes. Revisiting your character when they were alive and happy is a great way to make you feel less sad. It’s comforting to know that even though they eventually die, you can always go back and spend time with them.

2. Emulate the character. There are qualities that you love and admire about your favorite character. Try to incorporate them into your daily life.

You can even emulate your character in every day kinds of ways. If your character liked to take long walks or to drink coffee, try these things out. They will make you feel closer to your character and it will help you to understand them in a different way.

3. Remember their impact. Think about your favorite character and the impact they made not only on you, but on other characters. The story would not be the same without this character, and even though they are gone you still can remember all the good that they did for the book or show.

4. Reconsider their death. Maybe you feel like their death was unnecessary or wrong. However, most authors kill off characters for a reason. Often it’s to spur other characters into action. Although the death of your fictional character was devastating, maybe it was necessary for the plot or for the other characters of the story.

Just because the death happened for a reason, it doesn’t mean you have to be any less sad about it. It may just be comforting to know that they didn’t die in vain.

1. Write fan fiction. Write fan fiction about your favorite character. You can fill in the gaps in their life that the writer didn’t cover. Or you can even write them an alternate ending to their story. This is a powerful way of engaging with the character and keeping them alive in your life.

One reason why you may be so affected by the character’s death is because you felt like a spectator in their life. Writing fan fiction gives you an outlet to engage with your character directly and even to control their fate.

2. Read fan fiction. If you’re not the writing type, read fan fiction. Nowadays many books, television series and movies have fan fiction based on them. Do an internet search for fan fiction. Reading fan fiction can be thrilling because it opens up a whole new life for your favorite character beyond the original cannon and can make their death less of a harsh blow.

There’s also “crossover” fan fiction that blends different stories or series together. Pick whatever fan fiction you feel like exploring.

Draw your character based on your favorite scene. This is a great way of injecting yourself into your favorite parts of their life.

4. Write a fan song. Writing music about a character is not nearly as common as fan fiction and art, but if you are the musical type you may want to try writing a song about your character. Song writing has long been used to eulogize, and it may make you feel better to write a tribute and express your grief in song.

1. Find a similar book, show or movie. You’re not betraying your favorite character by finding a different character or story to follow. It may help to find the next closest thing to your character and envelop yourself in that story.

Do a Google search to find similar titles or ask friends and family for recommendations.

2. Explore a new genre. If you don’t feel like sticking to the same genre, you may try going down a different path. If you move from a romance book to something like a sci-fi novel, you’re bound to find a completely different set of characters. Sometimes it can help to get out of the realm that your favorite character was in.

3. Revisit an old favorite character. Go back to the favorite books or movies of your childhood. Because you already know what happens, there is no suspense or anticipation about an unforeseen character death. Spend time with some of your favorite characters from past years as a comfort for feelings of loss.

Tags: Entertainment, How To