Sick: The Life and Death of Bob Flanagan, Supermasochist 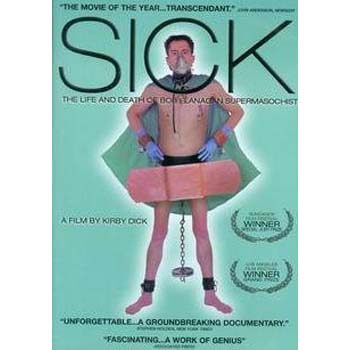 The film chronicles Flanagan for several years leading up to his death in 1996. It explores various aspects of his life, artwork, and philosophy through interviews and other personal footage depicting Flanagan, his partner Sheree Rose, and the Flanagan family. Sick also features Flanagan's home movies, performance videos, and video diaries, as well as an excerpt of Flanagan's performance in the music video for "Happiness in Slavery" by Nine Inch Nails.

Sick details Flanagan's lifelong struggle with cystic fibrosis, as well as his eventual death. Flanagan had agreed to participate in the film under the condition that his death be included in the final project.