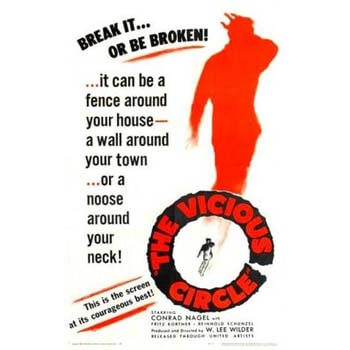 The Vicious Circle is a 1948 American drama film directed by W. Lee Wilder and based on the play The Burning Bush by Heinz Herald and Geza Herczeg. The film is also known as Woman in Brown.

A rich Hungarian baron discovers that there are large oil deposits underneath properties owned by the villagers. He buys up all the property except those owned by Jewish families, who refuse to sell. In order to circumvent their refusal, he has the men charged with the murder of a woman, who had recently committed suicide.