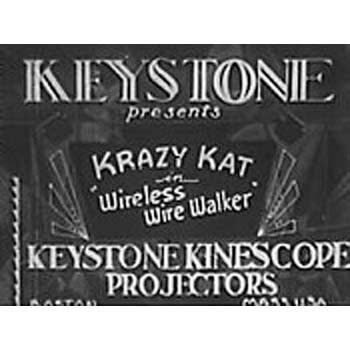 Krazy opens a pair of umbrellas for some reason. Momentarily, his buddy, a weasel, shows up holding some balloons. Krazy takes the balloons, and places them under the umbrellas.

Krazy and the weasel attempt to do a wireless act as Krazy takes out the wire. The two performers then brought their umbrellas with balloons underneath. The weasel is again first to perform and manages to walk around as if there's a wire on the poles. But before Krazy could perform also, the balloons under both umbrellas burst. This infuriates the audience who start chasing them. The chase continues until everyone runs off an edge and falls into a canyon.