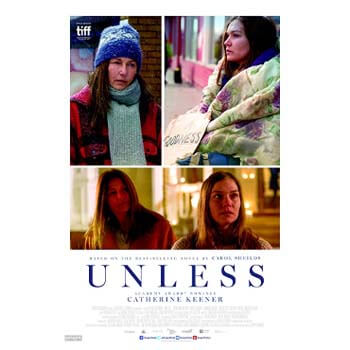 Unless is a Canadian-Irish drama film, which premiered at the 2016 Toronto International Film Festival. Based on the novel Unless by Carol Shields, the film was directed by Alan Gilsenan.