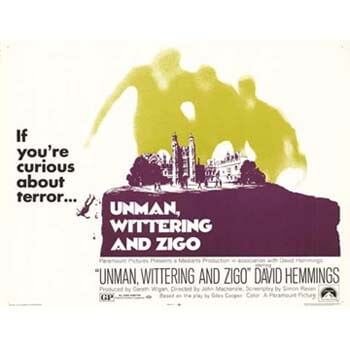 The movie's title was parodied in Little Britain, and by Rowan Atkinson in a very well-received sketch for one of the early Secret Policeman's Ball concerts for Amnesty International.

A new teacher arrives at a school and begins to suspect his predecessor was murdered by the pupils, though his suspicions are written off as paranoia. He sets out to prevent the same fate from befalling him.