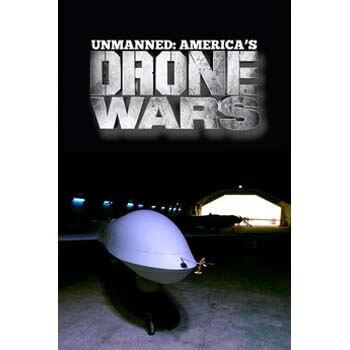 Unmanned: America's Drone Wars is a feature-length documentary film released by Robert Greenwald and Brave New Films in October, 2013, investigating the impact of U.S. drone strikes in Pakistan and elsewhere.

The film highlights the stories of 16-year-old Tariq Aziz, killed by a drone in 2011; and school teacher, Rafiq ur Rehman, whose mother was killed and children hospitalized due to a drone strike in 2012. Unmanned includes more than seventy interviews. Prominent among these are a former American drone operator; Pakistani families of drone victims who are seeking legal redress; high ranking politicians and some of the military’s top brass, warning against blowback from the loss of innocent life. With the intent of humanizing those who have been impacted by US drone policy, Unmanned intersperses these interviews with never-before-seen footage from tribal regions in Pakistan. The film claims that covert military drone strikes are often imprecise, and result in creating more enemies for the American people, who have little knowledge of how drone victims are targeted and killed.