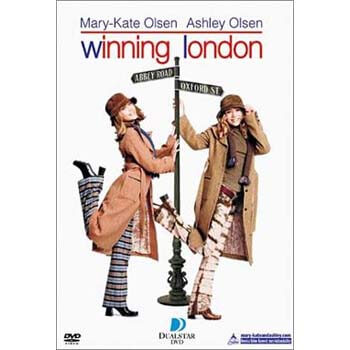 Chloe Lawrence (Mary-Kate Olsen) is a very driven teenager and leader of her high school's Model United Nations team. After performing particularly well in a competition, Chloe's team is selected to attend the London International Model United Nations in England. But when Randall, one of Chloe's team-mates, is unable to attend due to a family obligation, Chloe's twin sister, Riley (Ashley Olsen), steps in to take his place for the competition (and to get closer to Brian, another of Chloe's team-mates whom Riley happens to have a crush on).

When the group arrives in London, they discover that someone is already representing their usual country: China. Undaunted, they improvise and end up representing the United Kingdom. Plenty of sight-seeing and shopping ensues, during which Chloe falls for James, the son of a wealthy British nobleman named Lord Browning, who's being pressured by his dad to achieve more. As the competition progresses, Chloe's over-competitive nature stalls her budding romance, Riley tries to get closer to Brian, and the team earns both admiration and anger for their unconventional methods. Nevertheless, tribulations are weathered and lessons learned about sportsmanship, overlooked friends, and learning to enjoy one's youth.