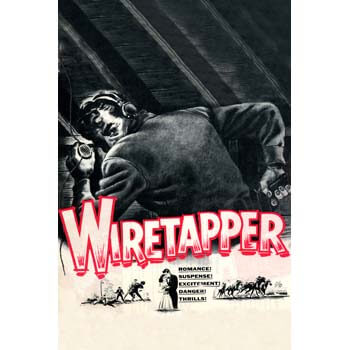 Wiretapper is a 1955 crime action biopic directed by Dick Ross, written by John O'Dea, and starring Bill Williams, Georgia Lee and Douglas Kennedy. The scenario of the film was based on a true story of Jim Vaus Jr.

Jim Vaus returns from the war and marries Alice. He struggles to make a living. He was hired by Charles Rumsden to fix a doorbell, and realizes that his client is a mob boss. Alice discovers the source of Jim's income and their relationship was expired and strained to the breaking point. She forces Jim to attend a Billy Graham's Los Angeles Crusade, in her attempt to save their marriage and Jim's soul.