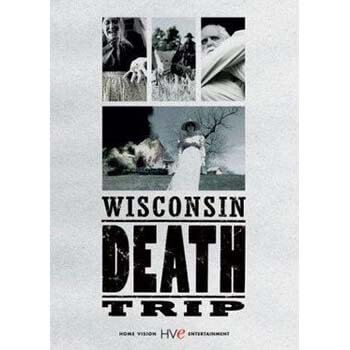 Wisconsin Death Trip is a 1999 American black-and-white and color docudrama film written and directed by James Marsh, based on the 1973 book of the same name by Michael Lesy. Original music for the film was composed by DJ Shadow, with original piano music for the closing credits by John Cale.

The film dramatizes the photographs by Charles Van Schaick found in the early 1970s by Lesy, connected to a series of macabre incidents that took place in Black River Falls, Wisconsin in the late 19th century, and, in part, the film was shot on location there. Marsh makes use of silent black-and-white recreations with voice-over narration by Ian Holm contrasted with contemporary color footage of the area. The film's visual style was intended to carry the content of the film; as Marsh said:

I wanted to convey in the film the real pathos contained in a four line newspaper report that simultaneously records and dismisses the end of someone's life.

Wisconsin Death Trip was presented on the BBC documentary series Arena in 2000.