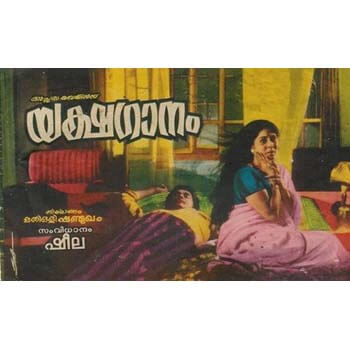 Yakshagaanam (transl. The song of Yakshi) is a 1976 Indian Malayalam-language horror film directed by Sheela (in her directorial debut) and written by S. L. Puram Sadanandan from a story by Medhavi. The film stars Madhu, Sheela, Adoor Bhasi and Thikkurissi Sukumaran Nair in the lead roles. The film has musical score by M. S. Viswanathan. The film was remade in Telugu as Devude Gelichadu and in Tamil as Aayiram Jenmangal, which went on to be remade as Aranmanai in 2014.