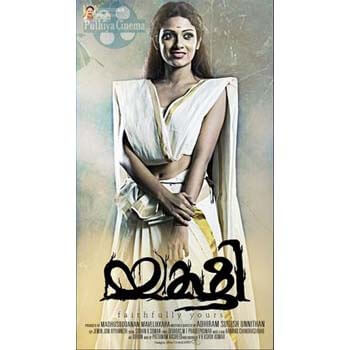 Yakshi – Faithfully Yours is a 2012 Malayalam romantic fantasy film written and directed by debutant Abhiram Suresh Unnithan, son of veteran Malayalam director Suresh Unnithan. The film features new faces in the lead roles. The main characters of the film are inspired from the Malayalam mythology work Aithihyamala. The film released on 14 December 2012.

The classic mythological symbol of lust Naga-Yakshi, who comes down to earth on gandharva yamam and mates with virgin boys and kills them straight away after having her orgasm. Nagayakshi is a celestial creature of lust who comes to Earth, mates with virginal men and kills them after she orgasms. Things take a turn when she falls in love with two mortal non-virginal men.