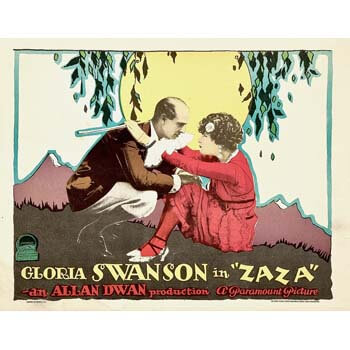 Zaza is a 1923 American silent romantic drama film directed and produced by Allan Dwan, and starring Gloria Swanson. This film is based on the 1899 French play of the same name produced on Broadway by David Belasco and starring Mrs. Leslie Carter. The film was shot at Paramount's Astoria Studios in New York City.

A previous film version was released by Paramount in 1915 starring Pauline Frederick. A third version, directed by George Cukor and starring Claudette Colbert, was released in 1939.