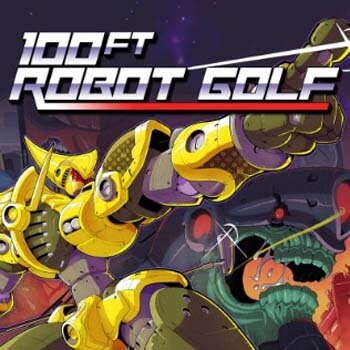 100 ft Robot Golf is a mecha golf video game, developed and published by No Goblin. It was released in October 2016 for PlayStation 4 and PlayStation VR, and in March 2017 for Windows.

Players choose from a number of mechas to play through golf courses with. Each mecha has different abilities and gameplay mechanics for hitting the ball. As opposed to traditional golf, all golfers play at the same time, with the goal of getting their ball into the hole first. Players can demolish buildings to impede opponents, physically block opposing shots with their mecha, and physically attack the other competitors.