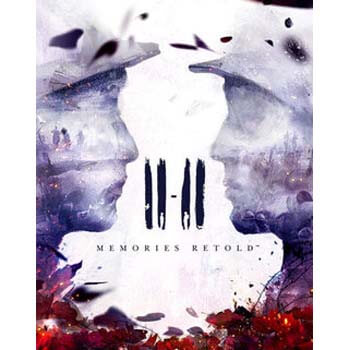 11-11 Memories Retold is a narrative adventure video game set during World War I. It was released on 9 November 2018, two days before the centennial of the armistice. It is co-developed by Digixart Entertainment Studios and Aardman Animations, and published by Bandai Namco Entertainment.

One of the game's main features is its visual style, inspired by impressionist art.

The game allows the player to play as two characters during World War I: Canadian photographer named Harry Lambert and German engineer Kurt Waldner. Both engage in the war for different reasons. Harry is attracted by the glory and the desire to seduce his childhood friend, so he decides to follow a major in search of a new war photographer. Kurt working as an engineer, learns on the radio that his son's unit is missing, and decides to join the German military to find him.

11-11 Memories Retold takes place from a third-person perspective with the ability to choose between the two protagonists either at the beginning of the chapter, or freely in the middle during certain parts. Each character advances in the story with his own tools:

The game allows the player to control a cat and a pigeon during certain sequences.