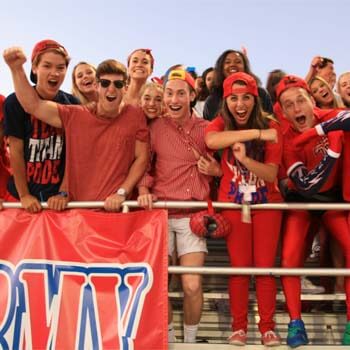 The 12th man or 12th player is a term for fans of teams in eleven-a-side sports games, particularly association football or American football. As most football leagues allow a maximum of eleven players per team on the playing field at a time, referring to a team's fans as the 12th man implies that they have a potentially helpful role in the game. Infrequently, the term has referred to individuals having a notable connection to their football team. In Canadian football, 12 players are usually on the field at one time and the term 13th man is often used to refer to fans. Similarly, in Australian rules football, 18 players are on the field and the fans are often referred to as the 19th man. The term has a different meaning in cricket, referring instead to the first substitute player who fields when a member of the fielding side is injured (the term 6th man has a similar connotation in basketball).

The presence of fans can have a profound impact on how the teams perform, an element in the home advantage. Namely, the home team fans would like to see their team win the game. Thus these fans will often create loud sounds or chant in hopes of distracting, demoralizing and confusing the opposing team while they have possession of the ball; or to persuade a referee to make a favorable decision. Noises are made by shouting, whistling, stomping and various other techniques.

In association football, the crowd is very passionate and often sing throughout the whole match. Some occasions where the crowd noise is extra loud can be before kickoff; during the buildup to and scoring of a goal; when encouraging the team to come back from defeat; to discourage an opposition penalty taker; or to harass a referee giving a free kick to the opposition team.

In American football, fans are most incited by physical play, especially good plays made by the defense. Additionally, the home team can derive energy from the loud noise of their fans; former American football players have described the feeling of their adrenaline pumping after hearing the fans yell, which is "like you have a reserve energy tank."

The noise of the crowd can have a significant impact on the players on the field. In American football, an extremely loud crowd can prevent the offensive linemen from hearing the snap count. This can have the effect of making the player slower to react when the ball is snapped, and his eventual response may be weaker than normal because each play is begun "with some indecision and doubt". The noise can also prevent players from hearing audibles and can make it difficult for the team's offense to coordinate plays in the huddle. The effect of the noise can often be measured in mistakes, such as false start penalties.

Coaches can take steps to minimize the effect of the crowd noise on their teams. Some American football teams bring large speakers to their practice fields and broadcast loud noises such as jet engines to prepare their teams for the anticipated noise level. Crowd noise tends to diminish after a long lull in play, such as a pause for instant replay. Former NFL player Brian Baldinger speculates that some coaches draw out reviews as part of a coaching strategy to quiet the crowd for their next play.

A researcher from Harvard University discovered in a study that some football referees appeared to be impacted by crowd noise. His studies revealed that a home team acquired an additional 0.1 goal advantage for every 10,000 fans in the stadium.

Delia Smith, Norwich City's joint major shareholder, received some attention when she took to the pitch during a half time interval, with a microphone in hand and Sky TV cameras in tow, to tell fans the side "need their twelfth man". "Where are you?" she cried. Norwich City lost the game in the final seconds, but Smith's passion worked to increase the affection the fans held for her.

The current naturally loudest football stadium is the Turk Telecom Arena, in Turkey, host of the Galatasaray team. As a prepared attempt, the current world record for crowd noise at an athletic event was set on September 29, 2014, when the Kansas City Chiefs hosted the New England Patriots. Noise during that event reached a high of 142.2 decibels during a timeout.