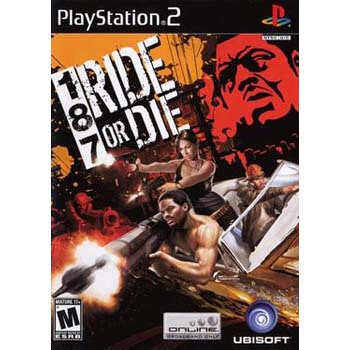 187 Ride or Die is a video game for the PlayStation 2 and Xbox, developed and published by Ubisoft. It is a vehicular combat racing game and was released for the PS2 and Xbox before being ported to the PlayStation Portable under the title Street Riders.

In order to become "top dog" of the game, the player must race and defeat opponents through a variety of different stages all set in Los Angeles's infamous South Central region. If playing with another player, one can be the driver and the other can be the shooter (co-op). This can be done in the story and online mode. There are a variety of modes available to the player.