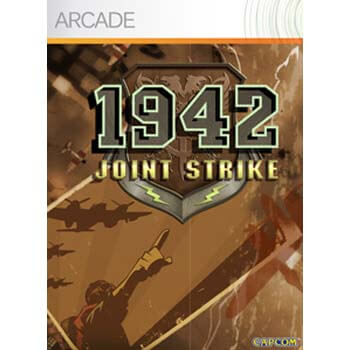 1942: Joint Strike is a video game developed by Backbone Entertainment for Xbox 360 through Xbox Live Arcade and PlayStation 3 through PlayStation Network. It was released in 2008. It is the remake of the original 1984 video game 1942.

Despite the name, the game is an amalgamation of various elements of the 19XX series. For example, it includes health meter and bomb system from 1943: The Battle of Midway; charge-fire, land-based battle sections and rank increases from 1941: Counter Attack; and fighter lineup, bomb-based end-level bonus and level rank system from 19XX: The War Against Destiny.