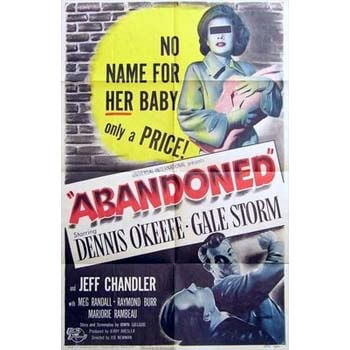 Abandoned is a 1949 American crime film noir directed by Joseph M. Newman and starring Dennis O'Keefe, Gale Storm and Jeff Chandler. It is also known as Abandoned Women and Not Wanted.

After her sister goes missing in Los Angeles, a woman tries to find information about the disappearance at city hall. The police are not helpful, but she does get support from a local crime reporter. As the two investigate the disappearance together, they are led to a shady detective and a black-market baby ring.