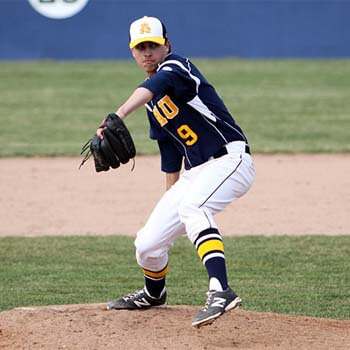 Adjusted ERA+, often simply abbreviated to ERA+ or ERA plus, is a pitching statistic in baseball. It adjusts a pitcher's earned run average (ERA) according to the pitcher's ballpark (in case the ballpark favors batters or pitchers) and the ERA of the pitcher's league.

The average ERA+ is set to be 100; a score above 100 indicates that the pitcher performed better than average, while below 100 indicates worse than average. For instance, imagine the average ERA in the league is 4.00: if pitcher A has an ERA of 4.00 but is pitching in a ballpark that favors hitters, his ERA+ will be over 100. Likewise, if pitcher B has an ERA of 4.00 but pitches in a ballpark favoring pitchers, then his ERA+ will be below 100.

As a result, ERA+ can be used to compare pitchers across different run environments. In the above example, while ERA will lead one to believe that both pitchers pitched at the same level due to their ERAs being equivalent, ERA+ indicates that pitcher A performed better than pitcher B. ERA+ can be used to account for this misleading impression.