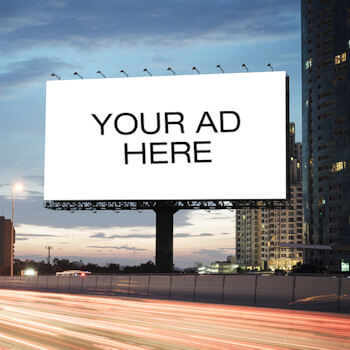 Advertising management is a planned managerial process designed to oversee and control the various advertising activities involved in a program to communicate with a firm's target market and which is ultimately designed to influence the consumer's purchase decisions. Advertising is just one element in a company's promotional mix and as such, must be integrated with the overall marketing communications program. Advertising is, however, the most expensive of all the promotional elements and therefore must be managed with care and accountability.

Target audience definition: Who do we want to talk to?

Message (or creative) strategy: What do we want to say to them?

Media strategy: How will we reach them?

Measuring advertising effectiveness: How do we know our messages were received in the form intended and with the desired outcomes?

Consumers tend to think that all forms of commercial promotion constitute advertising. However, in marketing and advertising, the term "advertising" has a very special meaning that reflects its status as a distinct type of promotion.

The marketing and advertising literature has many different definitions of advertising, but it is possible to identify common elements or themes within most of these definitions. The American Marketing Association (AMA) defines advertising as "the placement of announcements and persuasive messages in time or space purchased in any of the mass media by business firms, nonprofit organizations, government agencies, and individuals who seek to inform and/ or persuade members of a particular target market or audience about their products, services, organizations, or ideas". The American Heritage Dictionary defines advertising as "the activity of attracting public attention to a product or business, as by paid announcements in the print, broadcast, or electronic media". Selected marketing scholars have defined advertising in the following terms: "any non-personal communication that is paid for by an identified sponsor, and involves either mass communication viz newspapers, magazines, radio, television, and other media (e.g., billboards, bus stop signage) or direct to-consumer communication via direct mail". and "the element of the marketing communications mix that is non-personal, paid for by an identified sponsor, and disseminated through mass channels of communication to promote the adoption of goods, services, persons, or ideas." One of the shortest definitions is that advertising is "a paid, mass-mediated attempt to persuade".

Several common themes emerge in the various definitions of advertising:

* Firstly, advertising is a paid form of communication and is therefore commercial in nature.
* Secondly, advertising employs non-personal channels (i.e. commercial mass media) which implies that it is directed at a mass audience rather than at an individual consumer and is a one-way communication mode where the sponsor sends messages, but recipients cannot respond or ask questions about the message content.
* Thirdly, advertising has an identified sponsor.

In summary, given that advertising is paid, it is one of the many controllable elements in the marketing program. Advertising is qualitatively different from publicity where the message sponsor is either not identified or ambiguously defined, and different to personal selling which occurs in real-time and involves some face-to-face contact between message sponsor and recipient allowing for two-way dialogue.