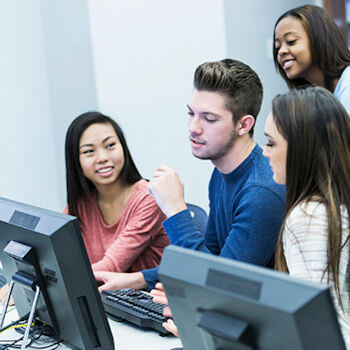 Advertising research is a systematic process of marketing research conducted to improve the efficiency of advertising.

There are two types of research, customized and syndicated. Customized research is conducted for a specific client to address that client’s needs. Only that client has access to the results of the research. Syndicated research is a single research study conducted by a research company with its results available, for sale, to multiple companies. Pre-market research can be conducted to optimize advertisements for any medium: radio, television, print (magazine, newspaper or direct mail), outdoor billboard (highway, bus, or train), or Internet. Different methods would be applied to gather the necessary data appropriately. Post-testing is conducted after the advertising, either a single ad or an entire multimedia campaign has been run in-market. The focus is on what the advertising has done for the brand, for example increasing brand awareness, trial, frequency of purchasing.

Pre-testing, also known as copy testing, is a specialized field of marketing research that determines an ad’s effectiveness based on consumer responses, feedback, and behavior. Pre-testing is conducted before implementing the advertisement to customers. The following methods can be followed to pre-test an advertisement:

A new area of pre-testing driven by the realization that what works on TV does not necessarily translate in other media. Greater budgets allocated to digital media in particular have driven the need for campaign pre-testing. The addition of a media planning tool to this testing approach allows advertisers to test the whole campaign, creative and media, and measures the synergies expected with an integrated campaign.

Post-testing/Tracking studies provide either periodic or continuous in-market research monitoring a brand’s performance, including brand awareness, brand preference, product usage and attitudes. Some post-testing approaches simply track changes over time, while others use various methods to quantify the specific changes produced by advertising—either the campaign as a whole or by the different media utilized.

Overall, advertisers use post-testing to plan future advertising campaigns, so the approaches that provide the most detailed information on the accomplishments of the campaign are most valued. The two types of campaign post-testing that have achieved the greatest use among major advertisers include continuous tracking, in which changes in advertising spending are correlated with changes in brand awareness, and longitudinal studies, in which the same group of respondents are tracked over time. With the longitudinal approach, it is possible to go beyond brand awareness, and to isolate the campaign's impact on specific behavioral and perceptual dimensions, and to isolate campaign impact by media.