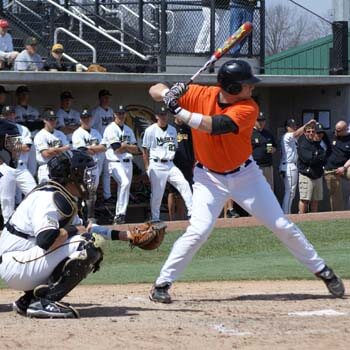 A batter will not receive credit for an at bat if his plate appearance ends under the following circumstances:

In addition, if the inning ends while he is still at bat (due to the third out being made by a runner caught stealing, for example), no at bat or plate appearance will result. In this case, the batter will come to bat again in the next inning, though the count will be reset to no balls and no strikes.

Rule 9.02(a)(1) of the official rules of Major League Baseball defines an at bat as: "Number of times batted, except that no time at bat shall be charged when a player: (A) hits a sacrifice bunt or sacrifice fly; (B) is awarded first base on four called balls; (C) is hit by a pitched ball; or (D) is awarded first base because of interference or obstruction[.]"