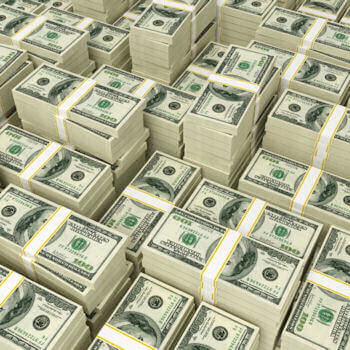 In economics, capital consists of an asset that can enhance one's power to perform economically useful work. For example, in a fundamental sense a stone or an arrow is capital for a caveman who can use it as a hunting instrument, while roads are capital for inhabitants of a city.

Adam Smith defines capital as "that part of man's stock which he expects to afford him revenue". The term "stock" is derived from the Old English word for stump or tree trunk. It has been used to refer to all the moveable property of a farm since at least 1510.

Capital goods, real capital, or capital assets are already-produced, durable goods or any non-financial asset that is used in production of goods or services.

Capital is distinct from land (or non-renewable resources) in that capital can be increased by human labor. At any given moment in time, total physical capital may be referred to as the capital stock (which is not to be confused with the capital stock of a business entity).

Capital is an input in the production function. Homes and personal autos are not usually defined as capital but as durable goods because they are not used in a production of saleable goods and services.

In Marxian political economy, capital is money used to buy something only in order to sell it again to realize a profit. For Marx capital only exists within the process of the economic circuit (represented by M-C-M') —it is wealth that grows out of the process of circulation itself, and for Marx it formed the basis of the economic system of capitalism. In more contemporary schools of economics, this form of capital is generally referred to as "financial capital" and is distinguished from "capital goods".