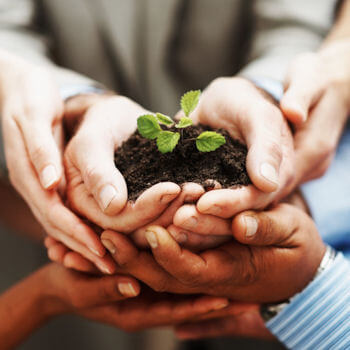 A cooperative (also known as co-operative, co-op, or coop) is "an autonomous association of persons united voluntarily to meet their common economic, social, and cultural needs and aspirations through a jointly-owned and democratically-controlled enterprise". Cooperatives may include:

Research published by the Worldwatch Institute found that in 2012 approximately one billion people in 96 countries had become members of at least one cooperative. The turnover of the largest three hundred cooperatives in the world reached $2.2 trillion.

Cooperative businesses are typically more economically resilient than many other forms of enterprise, with twice the number of co-operatives (80%) surviving their first five years compared with other business ownership models (41%). Cooperatives frequently have social goals which they aim to accomplish by investing a proportion of trading profits back into their communities. As an example of this, in 2013, retail co-operatives in the UK invested 6.9% of their pre-tax profits in the communities in which they trade as compared with 2.4% for other rival supermarkets.