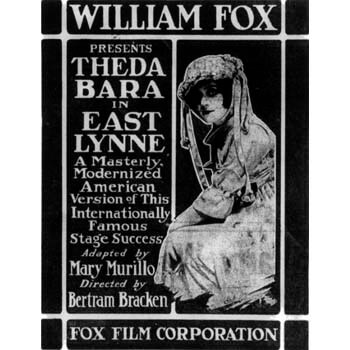 East Lynne is a 1916 American silent drama film directed by Bertram Bracken and starring Theda Bara. It is based on the 1861 novel East Lynne by Mrs. Henry Wood. A 16mm print of the film was discovered in 1971 and purchased from Fox by the Museum of Modern Art where it is currently preserved. It is one of the few extant films of Theda Bara.