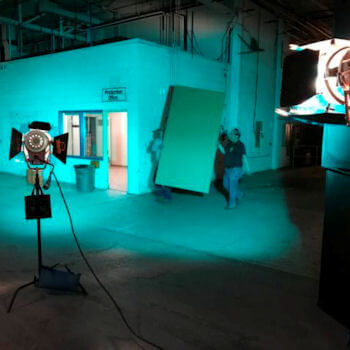 A film studio (also known as movie studio or simply studio) is a major entertainment company or motion picture company that has its own privately owned studio facility or facilities that are used to make films, which is handled by the production company. The majority of firms in the entertainment industry have never owned their own studios, but have rented space from other companies.

The largest film studio in the world is Ramoji Film City, in Hyderabad, India.