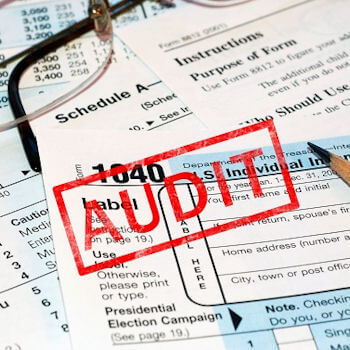 Financial audits are typically performed by firms of practicing accountants who are experts in financial reporting. The financial audit is one of many assurance functions provided by accounting firms. Many organizations separately employ or hire internal auditors, who do not attest to financial reports but focus mainly on the internal controls of the organization. External auditors may choose to place limited reliance on the work of internal auditors. Auditing promotes transparency and accuracy in the financial disclosures made by an organization, therefore would likely reduce such corporations concealmeant of unscrupulous dealings.

Financial audits exist to add credibility to the implied assertion by an organisation's management that its financial statements fairly represent the organisation's position and performance to the firm's stakeholders. The principal stakeholders of a company are typically its shareholders, but other parties such as tax authorities, banks, regulators, suppliers, customers and employees may also have an interest in knowing that the financial statements are presented fairly, in all material aspects. An audit is not designed to provide absolute assurance, being based on sampling and not the testing of all transactions and balances; rather it is designed to reduce the risk of a material financial statement misstatement whether caused by fraud or error. A misstatement is defined in ISA 450 as an error, omitted disclosure or inappropriate accounting policy. "Material" is an error or omission that would affect the users decision. Audits exist because they add value through easing the cost of information asymmetry and reducing information risk, not because they are required by law (note: audits are obligatory in many EU-member states and in many jurisdictions are obligatory for companies listed on public stock exchanges). For collection and accumulation of audit evidence, certain methods and means generally adopted by auditors are:

Financial audit is a profession known for its male dominance. According to the latest survey, it found that 70%-80% of the financial auditors are male, with 2% being female and the rest being a mixture of both (Bader, 2018).