How to Analyze Tone in Literature 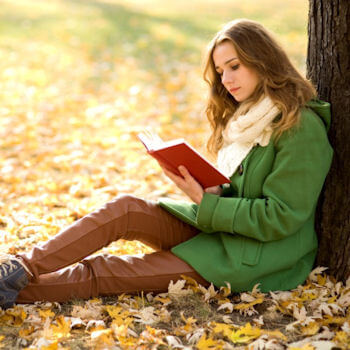 1. Notice if the tone is solemn or gloomy. One of the most common tones in literature is a solemn or gloomy tone, where the tone feels heavy or serious. Often the tone comes across as bleak or dark if it is solemn. You may respond to a solemn literary work by feeling sad or unsettled.

A good example of a solemn or gloomy tone is in the short story “The School” by Donald Barthelme.

A good example of a suspenseful tone is in the short story “The Lottery” by Shirley Jackson.

3. Take note of a humorous tone. A work of literature with a humorous tone will often make the reader laugh or smile. It can come across as playful, witty, or ironic. Sometimes writers use a humorous tone to counter a solemn tone in the same work, such as in a novel or a short story.

A good example of a humorous tone is the poem “Snowball” by Shel Silverstein.

4. Notice a sarcastic tone. A sarcastic tone is often used to invoke laughter or amusement in the reader. It may come across as biting and critical. You can find a sarcastic tone in novels and short stories, particularly if they are told in the first person with a narrator who has a sarcastic or dry sense of humor.

A good example of a sarcastic tone is in the novel The Catcher in the Rye by J.D. Salinger.

For example, if a story is set in an abandoned cabin the woods, it may have a creepy or unsettling mood. The author may then have a narrator or main character who uses a gloomy or depressing tone to describe the cabin in the woods to the reader.

Determining the Tone in a Literary Work

For example, you may study a passage from the short story “The School:" “And the trees all died...I don’t know why they died, they just died. Something wrong with the soil possibly or maybe the stuff we got from the nursery wasn’t the best...All these kids looking at these little brown sticks, it was depressing.”

In the passage, Barthelme creates a solemn, gloomy tone by using words like “depressing,” “dead,” “died,” and “wrong.”

For example, in many thriller novels, the sentences are often short and to the point, with very few adjectives or adverbs. This can help to create a suspenseful tone, full of action and tension.

3. Determine if the author uses irony. There are different kinds of irony, including verbal, situational, and dramatic. A situation is described as ironic if the expectations and reality of that situation are incongruous. Irony is often tied to sarcasm, but not always. Take note of the use of irony in literature and examine how it contributes to the tone or to a tonal shift.

For example, if someone says, “Good thing I wore my parka today” when the temperature is 85 °F (29 °C), they’re using verbal irony.

4. Read the work out loud. Reading a work of literature out loud can help you get a better sense of the diction of the piece. Diction refers to how words sound next to one another in a sentence. It is often more clear when a work is read out loud, as you can hear how each word sounds and pay attention to how this creates a certain tone to the piece.

For example, you may read the following lines from The Catcher in the Rye out loud to determine the tone: “God damn money. It always ends up making you blue as hell.” The use of “god damn” and “blue as hell” gives the line a sarcastic or bitter tone, with a hint of humor and sadness.

5. Note that a work can have more than one tone. It is common for an author to use more than one tone in a work of literature, especially a long work like a novel. You may notice that the tone shifts in the work from chapter to chapter, narrator to narrator, or scene to scene. The author may do this to get into the particular voice of a character or to signal a shift in the characters or the action in the piece.

For example, a novel may begin with a humorous tone and shift into a more serious tone as the author delves deeper into a character’s history or personal relationships.

Describing the Tone in a Literary Work

1. Use adjectives. To describe the tone of the literary work, use specific adjectives that illustrate which tone the narrator is using, such as “gloomy,” “solemn,” “humorous,” or “sarcastic.” The more specific you are when describing the tone, the more insightful your analysis will be.

For example, you may write, “The author uses words like “super,” “stoked,” “awesome,” and “exhilarating” to create an upbeat tone.”

You can use more than one adjective if this will make your description more accurate.

2. Provide evidence from the text. After describing the tone in detail, use a few quotes from the text to back up your argument. Pick quotes that clearly illustrate tone based on word choice, language, diction, or imagery.

For example, if you are writing about The Great Gatsby by F. Scott Fitzgerald, you may use the last line of the book as an example: “So we beat on, boats against the current, borne back ceaselessly into the past.”

You can then note that the imagery of a boat going against the current as well as the use of the words “beat,” “borne,” and “past” create a solemn, nostalgic tone to the ending.

3. Compare different tones in the same work. If there is more than one tone in the work, compare the different tones in your analysis. This often occurs when the literary work is long, such as a novel or an epic poem. Identify when the shifts in tone occur in the literary work. Discuss why you think the tone shifts and how it affected you as a reader.

Note if the tonal shifts coincide with specific characters and/or changes in perspective or viewpoint.

For example, you may note, “The tone shifts in Chapter 13 from a humorous tone to a more serious tone. This occurs when the narrator discusses their mother’s illness and death.”

4. Link the tone to other literary elements. Depending on the scope of the assignment, make sure your analysis of tone is connected to other elements such as mood, plot, theme, and style. The tone of a work is often used to illustrate a larger theme or to create a distinct mood. Linking tone to these other elements can sharpen your analysis and make it that much stronger.

For example, you may link the nostalgic, solemn tone of the closing line in The Great Gatsby to the themes of remembrance, loss, and thwarted love in the novel.

Tags: How To, Books