How to Read Ulysses 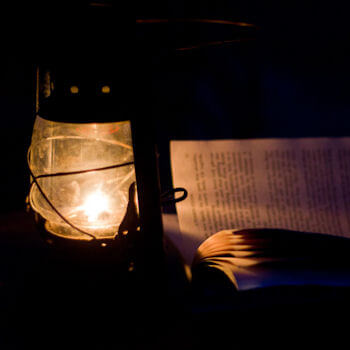 1. Understand Ulysses. Before learning how to read Ulysses, you have to know what you're getting into. Ulysses comprises 18 "Episodes". Each of these episodes was serialized separately, and each one reads completely differently. For example, Episode 14 parodies all of the great authors of the English language, going from Chaucer to Dickens, and Episode 18 is a lengthy monologue of about 10,000 words that comprises two giant run-on sentences. Every Episode reads like a completely different book, and therein lies the beauty of Ulysses.

2. Don't use a guidebook. When doing a formal, academic study of Ulysses, you should buy some form of guidebook. These books are about four hundred pages thick and explain Ulysses line by line. This is good because Ulysses is full of esoteric puns and references, and the guidebooks explain it all. However, switching from guidebook to guidebook over and over is very annoying. The best way to read Ulysses, if you're trying to read it for fun, is to just dive right in, saving all of those guidebooks for a college course.

3. Understand that it's funny. No, really, this 700 page text is hilarious. The entire idea of the novel is that Joyce is taking the epic heroes of The Odyssey and turning them into these pathetic Dubliners. The end of Episode 4 features a ten page poop joke written in the same elevated language as The Odyssey. Understanding that every sentence has some form of joke in it, be it some esoteric reference to literature or a subtle pun, turns Ulysses into a very intelligent comedy.

4. You're not going to understand everything. But that's mostly because Joyce designed it that way. Part of the joke is that you're not going to get everything, and there's humor in that. Laugh whenever you don't get something, because you've just walked into one of the most brilliant practical jokes in literature.

5. Take your time with each chapter. Because each chapter is written differently, it takes a few pages to get into the rhythm of each episode.

6. Know your episode. Since each episode has a different style, knowing what to appreciate beforehand can help. As such, here is a list of all of the episodes and their brand of comedy.

Episode 1: Normal novel.
Episode 2: An informal catechism.
Episode 3: Elitist masculine monologue.
Episode 4: Poking fun at the great heroes of yore.
Episode 5: The hypnotic nature of religion.
Episode 6: Death.
Episode 7: Making fun of journalism (it's written like a newspaper; pay attention to the headlines).
Episode 8: Food puns, everything can be eaten and everything eats in this chapter.
Episode 9: Making fun of Hamlet and elitists who debate over obscure pieces of literature (very much so making fun of certain scholars who would later analyze Ulysses).
Episode 10: This chapter has nothing to do with the main characters. It is instead presented as a bunch of short stories surrounding the side characters. The humor comes in the fact that it is largely pointless and that most of the side characters make fun of the main characters.
Episode 11: Everything is a music pun. A lot of onomatopoeia is used.
Episode 12: There are two narrators: one who is hyper-colloquial to the point of not making sense, and one who is hyper-scientific to the point of not making sense. The competition between the narrators produces the comedy.
Episode 13: Narrated by a young girl, and everything is a sex joke.
Episode 14: An elaborate parody of all the great English authors.
Episode 15: Written as a hallucinatory play in the red light district.
Episode 16: This chapter is super ambiguous, and the comedy comes from mistaking characters for other characters.
Episode 17: Written as a catechism, the comedy comes from the hyper-scientific question and answer format being applied to the mundane.
Episode 18: Streaming consciousness of Bloom's wife.

Read it aloud. In an Irish accent, preferably. A lot of the puns make more sense when heard.

9. Read James Joyce's other works beforehand. A lot of Ulysses makes fun of Dubliners and A Portrait of the Artist as a Young Man, so reading them beforehand allows you to practice reading Joyce's style and give you background knowledge for some of Joyce's jokes.

10. Annotate. When you get a joke, write it down in the margins. It'll help you comprehend other similar jokes.

11. Laugh. This is a work of comic fiction. Laugh aloud. Laugh at everything. It's funny.