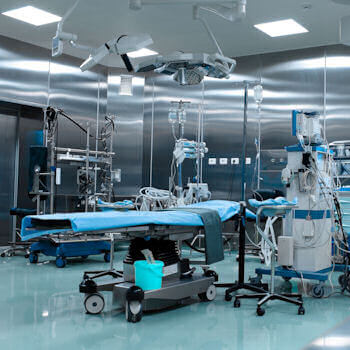 A medical device is any device intended to be used for medical purposes. Thus what differentiates a medical device from an everyday device is its intended use. Medical devices benefit patients by helping health care providers diagnose and treat patients and helping patients overcome sickness or disease, improving their quality of life. Significant potential for hazards are inherent when using a device for medical purposes and thus medical devices must be proved safe and effective with reasonable assurance before regulating governments allow marketing of the device in their country. As a general rule, as the associated risk of the device increases the amount of testing required to establish safety and efficacy also increases. Further, as associated risk increases the potential benefit to the patient must also increase.

Discovery of what would be considered a medical device by modern standards dates as far back as c. 7000 BC in Baluchistan where Neolithic dentists used flint-tipped drills and bowstrings. Study of archeology and Roman medical literature also indicate that many types of medical devices were in widespread use during the time of ancient Rome. In the United States it wasn't until the Federal Food, Drug, and Cosmetic Act (FD&C Act) in 1938 that medical devices were regulated. Later in 1976, the Medical Device Amendments to the FD&C Act established medical device regulation and oversight as we know it today in the United States. Medical device regulation in Europe as we know it today came into effect in the 1993 by what is collectively known as the Medical Device Directive (MDD). On May 26th, 2017 the Medical Device Regulation (MDR) replaced the MDD.

Medical devices vary in both their intended use and indications for use. Examples range from simple, low-risk devices such as tongue depressors, medical thermometers, disposable gloves, and bedpans to complex, high-risk devices that are implanted and sustain life. One example of high-risk devices are those with Embedded software such as pacemakers, and which assist in the conduct of medical testing, implants, and prostheses. Items as intricate as housings for cochlear implants are manufactured through the deep drawn and shallow drawn manufacturing processes. The design of medical devices constitutes a major segment of the field of biomedical engineering.

The global medical device market reached roughly $209 billion USD in 2006 and was estimated to be between $220 and $250 billion USD in 2013. The United States controls ~40% of the global market followed by Europe (25%), Japan (15%), and the rest of the world (20%). Although collectively Europe has a larger share, Japan has the second largest country market share. The largest market shares in Europe (in order of market share size) belong to Germany, Italy, France, and the United Kingdom. The rest of the world comprises regions like (in no particular order) Australia, Canada, China, India, and Iran. This article discusses what constitutes a medical device in these different regions and throughout the article these regions will be discussed in order of their global market share.