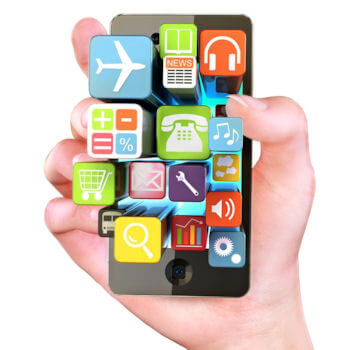 Mobility and portability of media, or as Paul Levinson calls it in his book Cellphone, “the media-in-motion business” has been a process in the works ever since the “first time someone thought to write on a tablet that could be lifted and hauled – rather than on a cave wall, a cliff face, a monument that usually was stuck in place, more or less forever”. For a time, mobile media devices such as mobile phones and PDA’s were the primary source of portable media from which we could obtain information and communicate with one another. More recently, the smartphone (which has combined many features of the cell phone with the PDA) has rendered the PDA obsolete. The growth of new mobile media as a true force in society was marked by smartphone sales outpacing personal computer sales in 2011.

While mobile phone independent technologies and functions may be new and innovative (in relation to changes and improvements in media capabilities in respect to their function what they can do when and where and what they look like, in regard to their size and shape) the need and desire to access and use media devices regardless of where we are in the world has been around for centuries. Indeed, Paul Levinson remarks in regard to telephonic communication that it was “intelligence and inventiveness" applied to our need to communicate regardless of where we may be, led logically and eventually to telephones that we carry in our pockets”. Levinson in his book goes on to state that the book, transistor radio, Kodak camera are also bearers of portable information. And that it is thanks to the printing press that information became available to a mass audience, the reduction in size and portability of the camera allowed people to capture what they saw no matter where they were and the Internet meant that people could talk to anyone and use on demand information.

Smartphones consume much of our daily lives. These devices and their corresponding media technologies, particularly cloud-based technologies, play an increasingly important role in the everyday lives of millions of people worldwide. Media can be downloaded onto the device by podcasting or can be streamed over the internet.