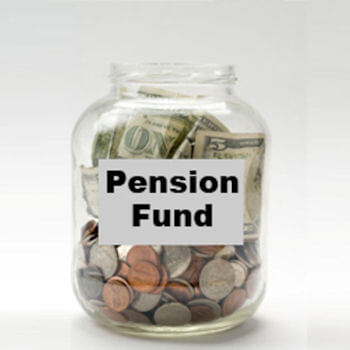 A pension fund, also known as a superannuation fund in some countries, is any plan, fund, or scheme which provides retirement income.

Pension funds typically have large amounts of money to invest and are the major investors in listed and private companies. They are especially important to the stock market where large institutional investors dominate. The largest 300 pension funds collectively hold about $6 trillion in assets. In January 2008, The Economist reported that Morgan Stanley estimates that pension funds worldwide hold over US$20 trillion in assets, the largest for any category of investor ahead of mutual funds, insurance companies, currency reserves, sovereign wealth funds, hedge funds, or private equity.