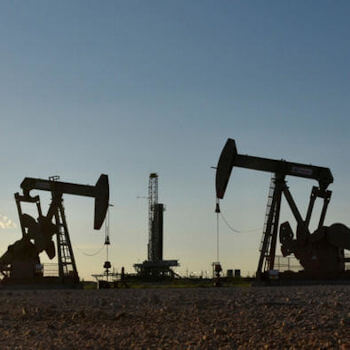 The petroleum industry, also known as the oil industry or the oil patch, includes the global processes of exploration, extraction, refining, transporting (often by oil tankers and pipelines), and marketing of petroleum products. The largest volume products of the industry are fuel oil and gasoline (petrol). Petroleum (oil) is also the raw material for many chemical products, including pharmaceuticals, solvents, fertilizers, pesticides, synthetic fragrances, and plastics. The extreme monetary value of oil and its products has led to it being known as "black gold". The industry is usually divided into three major components: upstream, midstream, and downstream.

Petroleum is vital to many industries, and is necessary for the maintenance of industrial civilization in its current configuration, making it a critical concern for many nations. Oil accounts for a large percentage of the world’s energy consumption, ranging from a low of 32% for Europe and Asia, to a high of 53% for the Middle East.

Other geographic regions' consumption patterns are as follows: South and Central America (44%), Africa (41%), and North America (40%). The world consumes 30 billion barrels (4.8 km³) of oil per year, with developed nations being the largest consumers. The United States consumed 25% of the oil produced in 2007. The production, distribution, refining, and retailing of petroleum taken as a whole represents the world's largest industry in terms of dollar value.

Governments such as the United States government provide a heavy public subsidy to petroleum companies, with major tax breaks at virtually every stage of oil exploration and extraction, including the costs of oil field leases and drilling equipment.

In recent years, enhanced oil recovery techniques — most notably multi-stage drilling and hydraulic fracturing ("fracking") — have moved to the forefront of the industry as this new technology plays a crucial and controversial role in new methods of oil extraction.