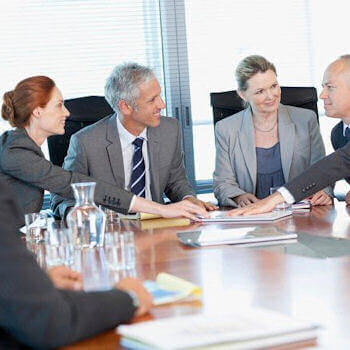 A privately held company, private company, or close corporation is a business company owned either by non-governmental organizations or by a relatively small number of shareholders or company members which does not offer or trade its company stock (shares) to the general public on the stock market exchanges, but rather the company's stock is offered, owned and traded or exchanged privately or over-the-counter. More ambiguous terms for a privately held company are closely held corporation, unquoted company, and unlisted company.

Though less visible than their publicly traded counterparts, private companies have major importance in the world's economy. In 2008, the 441 largest private companies in the United States accounted for US$1,800,000,000,000 ($1.8 trillion) in revenues and employed 6.2 million people, according to Forbes. In 2005, using a substantially smaller pool size (22.7%) for comparison, the 339 companies on Forbes' survey of closely held U.S. businesses sold a trillion dollars' worth of goods and services (44%) and employed 4 million people. In 2004, the Forbes' count of privately held U.S. businesses with at least $1 billion in revenue was 305.