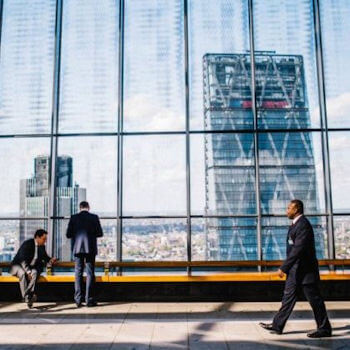 A state-owned enterprise (SOE) is a business enterprise where the government or state has significant control through full, majority, or significant minority ownership. Defining characteristics of SOEs are their distinct legal form and operation in commercial affairs and activities. While they may also have public policy objectives (e.g., a state railway company may aim to make transportation more accessible), SOEs should be differentiated from government agencies or state entities established to pursue purely nonfinancial objectives.

The terminology around the term state-owned enterprise is murky. All three words in the term are challenged and subject to interpretation. First, it is debatable what the term "state" implies (e.g., it is unclear whether municipally owned corporations and enterprises held by regional public bodies are considered state-owned). Next, it is contestable under what circumstances a SOE qualifies as "owned" by a state (SOEs can be fully owned or partially owned; it is difficult to determine categorically what level of state ownership would qualify an entity to be considered as state-owned since governments can also own regular stock, without implying any special interference). Finally, the term "enterprise" is challenged, as it implies statutes in private law which may not always be present, and so the term "corporations" is frequently used instead.

The act of turning a part of government bureaucracy into a SOE is called corporatization.